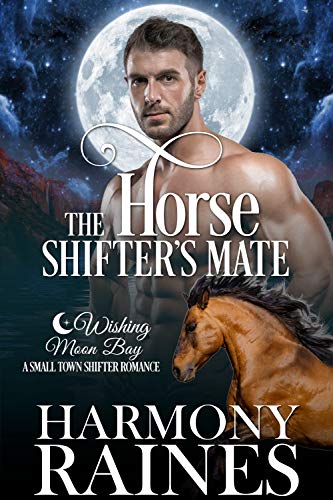 *Please note that this review first appeared on my Shifter Haven blog where the rest of Ms. Raines’ shifter romance reviews live.  This new series though has more within it than only shifters, there are vampires, fae, and well you get the idea.  I made the choice to bring this series over to Paranormal-y Romantic for I believe it belongs here with all the other paranormal folk.**

I had an enjoyable time with Dario and Helena.  Two adopted brothers find their mates with two sisters along with a seriously threatening mystery that needs solving immediately.  While Dario might not be the preditor that his brothers are he certainly knows how to protect his mate.

We will run into familiar faces, get to know them a little bit better, discover just what Penny’s and Helena’s connection to Wishing Moon Bay truly is, and deal with a vile villain who gets his just reward by the story’s ending.  There is also a slight indication of which brother is about to find his mate next.

I’ve been a bit vague on purpose in this review for I honestly feel that saying too much would spoil surprises and how the series continues.  I would suggest reading this series in order for they do seem to be building on events and information in the previous books.  I had fun with this one and plan to continue the series.

I own a Kindle edition of this title.

Available for the Kindle